His-story
“There`s no history – only historians”, said one of my professors. Western historiography claims Arab national identity began roughly on the arrival of Napoleon to Egypt, at 1798. His arrival triggered the unity among the different Othman sections (Wilayat), which later on bacame nations of Egyptians, Arabs, Turks, etc.

But there`s a different his-story from an Arab point of view. The Arab identity existed long before the birth of Christ, or the rise of Islam which erased all tribal characteristics (Qaum). During the pre-Islamic era (Jahillia), there were two forefathers of Arabism in the Arabian peninsula – Adnan, of the northern Arabs, and Kahtan, of the southern ones. Kahtan`s two sons had a quarrel which forever seperated them. Each brother had his followers, which later on created two distinct Arab tribes at the peninsula.

During the 19th Century, there were 3 main developments in Middle-Eastern politics – Egyptian nationalism, Turkish nationalism and Arab nationalism. The latter developed as a result of a fundamental question asked by the residents of the area – who and what are we? Islam and the Othman empire didn`t have any business asking those questions, because Islam is a political religion – it has no difference between state, religion and nation; they are all one and the same thing.

The arrival of the French and the British to the area, triggered these religion-state-nation questions more rigorously. Some welcomed the new change, but most started an opposite reaction to it. The different Othman sections felt they had to protect themselves against this “westernization”, and thus spawned radical-fundamentalist groups – the Mahadia rebellion in Sudan (second half of the 19th century), the Sanussi movement in Lybia, the Salafia of Sheikh Rashid Ridah and the Wahabi movement of the Hijaz in Saudi Arabia. These groups were the beginning of nowadays modern terror.

Not only Islam is a violent religion. Judaism and Christianity had their share of holy-wars, and I guess now it`s Islam`s turn. The Quran divides the world into two sections – the world of believers (Dar El Islam), and all the others, the heretics (Kuffar), which are doomed to war (Dar El Harb). One can only be found at a certain side, and it better be the “right” side – or else one will quickly know why Islam means “submission”.

Islam has known better, golden times, and unfortunately is now best known for its radical side. After the Christian church accepted Aristotle`s teachings, and thus commenced the dark Middle Ages, only the Arab scholars preserved Mathematics (Algebra originates in “Al Jaber”), Astronomy (stars like Betelgeuse, Rigel, Aldebaran) and Philosophy.

The Jewish community of Spain flourished under Middle-Ages Islam (Maimonides, Iben Gabirol), and Muslim architecture and art came to a well-known peak with the Taj Mahal in India. During the Shaa of Iran, Jews enjoyed the benevolence of Islam, but when Khumainy and his radicalism ravished Iran – all things good in Islam went down the drain. Today all we remember and know are those radical extremists who wants to wreck and murder.

Current story
No wonder. Although Islam has many streams, among them mainstream Suna and Sufism, there are also more radical ones such as Shia – which makes all the “noise”. Dr. Tawfik Hamid – a former member of the terrorist group Jemaah Islamiya (Muslim Brothers) – claims nowadays Islam has got the a point, where even mainstream Muslims preaches voilence and holy war (Jihad).

The cultural relativism we all promote allows radical muslims to support terror, beat women and perform vicious circumcisions on them, etc. Only Muslims defend their beliefs by burning down churches, killing people and destroying embassies. The Muslims must ask themselves what they can do for humankind, before they demand humankind to respect them (Dr. Wafa Sultan, Muslim-American psychologist).

As opposed to Dr. Sultan and Samuel Huntington, Jean Baudrillard writes in “The Spirit of Terrorism” that this is not a clash of civilizations. Islamic terror is an auto-immunic response of the global system to itself. Baudrillard counts 4 world-wars:
– WW1 ended colonialism;
– WW2 ended Nazism;
– WW3 was the cold war which ended Communism;
– WW4 is the current war between the new world order and terror.

Fukuyama`s “The End of History” claims that after the collapse of Soviet Russia (1989), all nations will fall into a “democratic convenience”. The “happy 90s” are to be the birth of new economic prosperity in the capitalist west. That “new world order” Baudrillard is talking about, as I see it, is nothing less than Fukuyama`s prediction everything will go in the same, unified direction – globalization. This is not a clash of civilizations, says Baudrillard – it is the collapse of the global system unto itself. There are those who demonstrate against globalization, and those who crash aeroplanes into buildings.

So where do we go from here? probably nowhere. Looking at Israel fighting terrorists for the last 60 years, I can`t help but try to understand what more we have to give in order to have peace and quiet. Leaving aside the fact that Islam claim over Jerusalem and Israel is not justified (Jerusalem isn`t mentioned in the Quran even once); leaving aside the fact that Palestinians murdered Jews in the 1920s, long before the 1967 border-issue – here remains the question what`s the solution.

The Palestinians have Gaza, have their own government and have independence; they will probably also have the west bank, eventually. Terrorism has won, no doubt about it. Even Ariel Sharon – a well-known right-winged Israeli politician, who couldn`t even think about talking with Arafat – evicted the Gaza surrounding settlements. Terrorism works, people – it gets what it wants. But unfortunately, this is not enough; not for hammas or hizballah.

Everytime Israel compromises on something, hammas and hizballah send suicide bombers and rockets, over and over again. 60 years of over-and-over-again. I`ve been around only half that much, and I`m sick of it. Even hizballah at Lebanon suddenly woke up a few days ago, and fired a few rockets on Israel`s north – as if to open a second front. If Israeli extrimists were to fire rockets on Lebanon, Israel would have them incarcerated without hesitation. The Lebanese government allows these terrorists to act from its soil for decades, but in the same breath cry out about Israel`s atrocities in its territory (The 2nd Lebanon War, summer of 2006). How hypocritical can one get?

This war has only one solution – Rudolph Giuliani`s “broken windows” method. Every act of violence is to be treated in the same manner. For 8 years Israel has remained silent, while hammas bombed it`s southern areas. And what about many more years of neverending suicide bombers on buses and shopping malls? We didn`t hear the world cry out for our aid. But when we strike back to defend ourselves after 8 years… now that`s just too much. That`s war-crimes, that`s concentration camps and other analogies the world has become so fond of using. The only one who`s kept silent so far is the U.S government; and why? Maybe because ever since 9/11 they know the gruesome power of terror all too well.

Personally, I`ve really had enough, and I know most Israelis feel the same. I don`t give a damn anymore about world-opinion. We can no longer have that beautiful “peace on earth” fantasy, when on the other side people act with such reckless hate. Once I was even willing to give-up parts of Jerusalem in order to reconcile those “poor” Palestinians; all they want is somewhere to live in peacefully… Well, now they have somewhere to live in – and that`s not enough. They can`t even maintain a simple cease-fire; how on earth will we have peace with them? 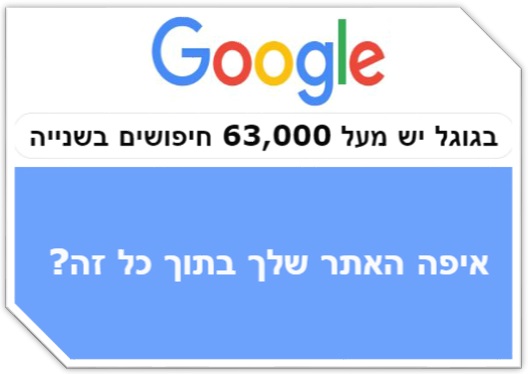